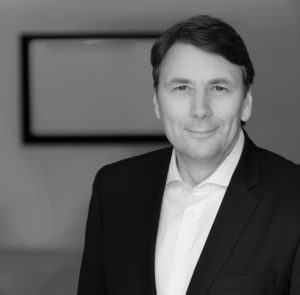 David Thodey AO is a business leader focused on innovation, technology and telecommunications with more than 30 years of experience creating brand and shareholder value.

He is currently Chairman of Australia’s national scientific research agency, the Commonwealth Scientific and Industrial Research Organisation (CSIRO), as well as an Ambassador for business events in NSW and the Chairman of the NSW Government’s Quantum Computing Fund Advisory Panel.

Mr Thodey is on the Advisory Boards of SquarePeg Capital and Unified Healthcare Group (UHG), is on the Investment Committee of Evans and Partners Global Disruption Fund, and is a non-executive Board Director of Ramsay Health Care, a global hospital group, and Tyro, Australia’s only independent EFTPOS banking institution. Mr Thodey is leading the Independent Review of the Australian Public Service (APS). This review was commissioned by the Prime Minister to ensure that the APS is fit-for-purpose to serve Australian Governments and the Australian people into the future. He also had a successful career as CEO of Telstra, Australia’s leading telecommunications and information services company and also CEO of IBM Australia and New Zealand.

Mr Thodey holds a Bachelor of Arts in Anthropology and English from Victoria University, Wellington, New Zealand, attended the Kellogg School of Management postgraduate General Management Program at Northwestern University in Chicago, USA, and was awarded an Honorary Doctorate in Science and Technology from Deakin University in 2016 and an Honorary Doctorate of Business from University of Technology Sydney in 2018. In 2017, Mr Thodey was made an Officer (AO) in the General Division of the Order of Australia for distinguished service to business, notably to the telecommunications and
information technology sectors, to the promotion of ethical leadership and workplace diversity, and to basketball.