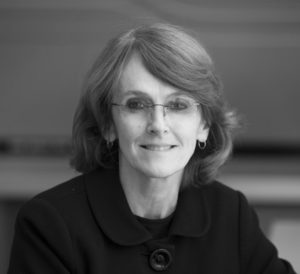 Dr Cathy Foley, CSIRO Chief Scientist, has made distinguished contributions to the understanding of superconducting materials and to the development of devices using superconductors to detect magnetic fields and locate valuable deposits of minerals.

Dr Foley has made significant contributions to the scientific community as president of several scientific societies and as a member of committees such as PMSEIC giving advice to Government on scientific and technological matters.

Cathy was awarded the `Woman of the Year’ by the NSW Government in 2013 and the International IEEE Award for Continuing and Significant Contributions to Applied Superconductivity 2014.

In 2015 was awarded the Clunies Ross Medal of the Australian Academy of Technological Science and Engineering and in 2016 the Australian Institute of Physics Medal for Outstanding Service to Physics.

As a leader in CSIRO, Cathy is working to help existing Australia to transform to be globally competitive by engaging with Australian researchers and to build new companies and enterprises to assist with the translation of research for economic prosperity.