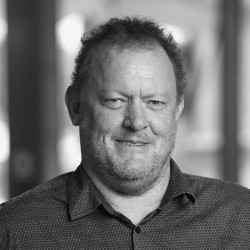 AI for environmental and social good

Dr Simon Barry is the Acting director of CSIRO’s Data61. Dr Barry joined CSIRO in 2007 and in his most recent role within CSIRO’s Data61 he was Research Director of the Analytics and Decision Sciences Research Program. These research areas aimed to turn data and models into knowledge for informed decision making and action, in partnership with other scientists, government agencies, businesses, and industry. This includes quantifying the reliability of the results in the face of current and future uncertainty to support risk based decision making. This program develop tools, platforms and models for big and small data analytics, spatio-temporal analytics, text analytics and private data analytics.

Prior to this, Dr Barry led the Environmental and Agricultural Informatics program at the CSIRO Division of Mathematics, Informatics and Statistics. The program carried out research on a diverse range of environmental statistical challenges such as continental landcover monitoring, indicator frameworks and climate projection downscaling.

During 1998 – 2007 Dr Barry worked at the Australian Government Department of Agriculture, Fisheries and Forestry where he developed and implemented novel methodologies to produce a National Landuse Map of Australia, developed the statistical framework for the Atlas of Australian Birds, and was a lead author for the uncertainty chapter of the 2002 good practice guidance and uncertainty management in National Greenhouse inventories.