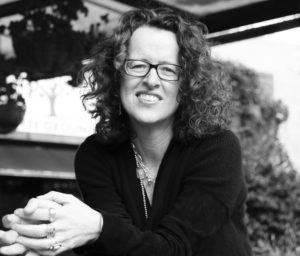 Managing the machines? A two year journey in taking AI safely to scale

Genevieve is the Director of the 3A Institute(3Ai), Florence Violet McKenzie Chair, and a Distinguished Professor at the Australian National University (ANU) as well as a Vice President and Senior Fellow at Intel Corporation. She is a cultural anthropologist, technologist and futurist best known for her work at the intersection of cultural practice and technology development.

Genevieve established the 3A Institute in September 2017 at the ANU in collaboration with CSIRO’s Data61, with the mission of building a new applied science around the management of artificial intelligence, data, technology and their impact on humanity. The applied science is focusing on a set of critical questions around autonomy, agency and assurance and how to manage a world of AI, data, technology and its impact on humanity.

Genevieve is the inaugural appointee to the Florence Violet McKenzie Chair at the ANU, named in honour Australia’s first female electrical engineer, which promotes the inclusive use of technology in society. She also presented the highly acclaimed ABC Boyer Lectures for 2017, in which she investigated what it means to be human, and Australian, in a digital world.

In 2018, Bell was appointed Non-Executive Director of the Commonwealth Bank of Australia Board, she became a member of the Prime Minister’s National Science and Technology Council, and a Fellow of the Australian Academy of Technology and Engineering (ATSE).

Genevieve completed her PhD in cultural anthropology at Stanford University in 1998.