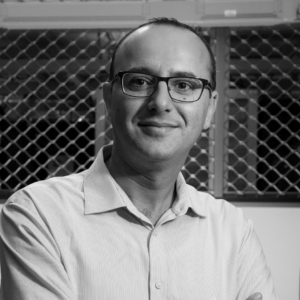 Dali Kaafar is a Full Professor at the Faculty of Science and Engineering at Macquarie University and the Group leader of the Information Security and Privacy group at CSIRO Data61. He is also the chief scientist of the Optus-Macquarie University Cyber Security Hub. Prior to that, Dali was the research leader of the Data Privacy and Mobile systems groups at NICTA and Senior principal researcher at INRIA, the French research institution of computer science and automation. He received his PhD from University of Nice Sophia Antipolis and INRIA in France where he pioneered research in the security of Internet Coordinate Systems.

Prof. Kaafar is the associate editor of ACM Transactions on Modelling and Performance Evaluation of Computing Systems and serves in the Editorial Board of the Journal on Privacy Enhancing Technologies. He published over 200 scientific peer-reviewed papers with several and repetitive publications in the prestigious ACM SIGCOMM, Usenix IMC and PETS. He received several awards including the INRIA Excellence of research National Award and the Andreas Pfitzman award from the Privacy Enhancing Technologies symposium in 2011.